Bell have caused a bit of a stir with the launch of their new Qualifier DLX – on at least a couple of scores.

Pedantry over. It’s a new polycarbonate helmet that really looks the part. It’s got a sleek and purposeful design that’s designed to reduce lifting and buffeting, and most of the designs and colour schemes it’s available in look nice and modern and uncluttered.

But the massive standout feature of the DLX is that visor. For a helmet at this price point it’s amazing that Bell can sell it with a light-reactive Transitions visor. One that’s got a NutraFog anti-fog coating and is anti-UV too.

Read on for the low-down on the Bell Qualifier DLX and what owners think of the helmet.

The Bell Qualifier DLX is a polycarbonate full face helmet.

It’s both DOT and ECE certified, so legal in Europe, Australia and the US (and everywhere else those standards apply).

The Qualifier’s been SHARP safety tested where it scored a disappointing 3 stars out of 5. Before the DLX, all Bells have scored 5/5. But then none of the previously tested Bells have been polycarbonate helmets. So it’s dropped a few brownie points there.

Looking at the SHARP test data, it lost a few marks on the side impact test (as many helmets do). But it’s notable that it scored particularly badly on the left hand side impact test. Does that mean the communicator panel that you can see on the picture of the hi-viz DLX above (remove it to fit a bluetooth set) has weakened the helmet there? The jury’s out, but it’s a massive coincidence if not.

So, OK it scored 3 stars for safety, but that’s not the entire story. Because, since SHARP tested the DLX, Bell have released an uprated MIPS version of the DLX.

MIPs stands for Multi-directional Impact Protection System which allows the interior shock absorbing lining to move semi-independently of the outer shell. It’s designed to reduce any rotational forces impacting on the helmet during an accident being transmitted through to the rider’s head and neck. Rotational forces can twist the skull around the brain causing damage. They can also cause neck injuries.

So, it’s great to see Bell implementing something like this, especially in the Qualifier range which is, let’s be honest, their cheaper range of helmets.

In 2019, SHARP tested their first MIPS (or equivalent slip-plane helmet) in the form of the Bell Qualifier DLX MIPS. We were really keen to see how well it would do in comparison to the other non-MIPS helmets.

So we were a bit deflated when it scored the same 3 stars safety rating as the non-MIPs Qualifier DLX.

As you can see from the SHARP test result – and remember this is only a snapshot from one speed test – it only gave average protection on the side and forehead, which I guess accounts for it dropping a star or two.

Plus, SHARP only performs one oblique test so I guess the effectiveness of MIPS to limit rotation could potentially be a little diluted in the test results.

Aside from the SHARP test result, the Qualifier DLX is created in 3 shell sizes, which is a good thing and means whatever size you choose, the DLX should look proportionately the right size on your head. It’s also got a double-d ring strap and is ACU gold stickered in the UK, meaning you should be able to take it on the track if that floats your boat.

Best places to buy this Bell?

Please click below to visit the Bell helmets pages at our recommended stores. And if you buy from one, we get a small sum from the sale at no extra cost to you - a massive THANKS! (it's how we finance the site).

The Bell Qualifier DLX has lots of vents in the helmet shell – and word is that the inside comfort padding isn’t the thickest.

All of which may be the reason why owners of the DLX broadly think it’s a fairly noisy helmet. You see, a lack of padding and lots of holes in the shell make for easy paths for external noise to permeate the helmet.

It’s not the noisiest around – there’s plenty of sportsbike helmets that are tons noisier – but if you’re after a really quiet helmet, you’re probably best looking elsewhere.

Having said that, while there’s one or two owners who think it’s really noisy, a few think it’s OK too. So, overall, we’re going to put it down as a bit noisier than average.

And, as always, stick in some ear plugs, and we think most folks will find the DLX just fine.

The Bell Qualifier DLX has a loads of vents on the helmet shell. There’s a couple of chin vents operated by a single switch, four brow vents right above the visor and again opened/closed by a small central switch. And there’s two separate crown vents, both independently operated by a slider behind each vent.

All of which you’d expect to make for an amazing venting helmet, right?

Well, owners reckon its not bad. Venting is important to lots of people – people who live in hot places or take their bikes on the track obviously need a helmet to vent well to keep cool, while many of us need decent ventilation to keep a bit sweat-free and to keep the visor clear in cold (or humid) weather.

Overall, owners of the DLX think ventilation is somewhere between OK and good. It could do with better ventilation around the visor because the visor only has Bell’s anti-fog treatment on the back of it and it can be prone to fog. But otherwise, there’s no problems with ventilation and you’ll probably find it OK to live with.

If ventilation’s particularly important to you, make sure you check out our list of best venting motorcycle helmets.

The visor that comes with the Qualifier DLX is the real icing on the cake though – and the reason lots of us have bought one.

For the first time, you can get a relatively low-price helmet that comes with a photochromic reactive visor as standard – what Bell call their Transitions Adaptive visor, because the technology is licensed from Transitions – the company behind many of the reactalite glasses lenses. These lenses have been around for a while of course, notably coming as standard on the Lazer Monaco flip up (also available for the Lazer Kite too).

But the great thing about the DLX is that it comes as part of the (very reasonable) price. So if you don’t like fiddling around with sun visors, then this might be a great alternative for you.

Most folks who bought a DLX love the transitions visor. It doesn’t take long to react and darken (they take about twice as long to lighten again) and they’re really effective. And when riding at night, they’re totally clear so you won’t be struggling to see when the sun drops down. For more information on transitions visors (and lots of other helmet features) click the links in the right hand sidebar (bottom of the article on mobile).

The Qualifier DLX also has Bell’s ClickRelease visor. That’s a ratchet visor with a really easy to use quick-change mechanism that lots of owners love and reckon quick change visors don’t come any easier.

The transitions visor isn’t Pinlock ready but comes with a NutraFogII coating that’s supposed to do the same. Unfortunately, many owners don’t think it’s much good. When things cool down a little – or gets a bit humid – then the DLX’s visor fogs up easily. There is a Pinlock 70 antifog insert available for it, but it only works with some of the other Pinlock-ready visors, not the Transitions. So that’s a bit of an achiles heel for those of us who need a proper anti-fog solution.

It’s adjustable too. If you buy one and find the fit not quite right, you can tailor the fit with replacement cheek pads, to tighten things up or slacken them off a bit.

However, there are one or two potential niggles.

A couple of owners said they could feel the plastic poppers used to secure the lining in place (including the reviewer at MCN). A couple also said the lining feels a bit cheap. But they were in the minority and lots of owners say they think it’s comfortable with no problems. So, if you buy one, it’s probably just worth checking yours over if when you first get it to make sure there’s no issues.

It’s also worth noting that fitment size seems to run a little on the small size. Some folks said a full size small, others reckoned it’s about bang on. In this case, we’d say if you’re between sizes when you measure, go for a size smaller. Otherwise try the correct size and see how you get on – oh, and buy from a retailer who’ll exchange the helmet without any fuss (like our recommended retailers).

Other than that, most people find the interior absolutely fine – a comfortable place to be with no problems.

Please click below to visit the Bell helmets pages at our recommended stores. And if you buy from one, we get a small sum from the sale at no extra cost to you - a massive THANKS! (it's how we finance the site). 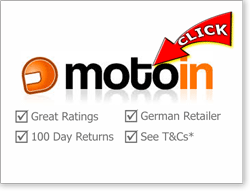 Quick review of the standard Qualifier DLX (a 9m video by a slightly rambling bloke who apparently thinks he looks good firing a gun!). Followed by a slicker 4m video looking over the MIPS version of the DLX and a 2m video on MIPS.

The Qualifier’s also been designed to accommodate a couple of bluetooth communicators too – the old Sena SMH10 or 10s, and the Cardio Scala Rider Q1/Q3. Note, while there’s a removable panel on the side of the helmet, you will need to buy an adaptor to fit either, so factor in the cost for these too. We also heard from a couple of riders who found the adaptors didn’t work very well so again, buy from a reputable dealer who’ll refund no problems.

The Qualifier DLX comes with a double-d ring fastener. It weighs about 1.56Kg which isn’t the lightest for a full face. In fact, the average full face weighs 1.47Kg, though that’s across all helmet materials including carbon fibre helmets which are, generally, lots lighter.

Build quality on the DLX is very good considering the spec and value you’re getting for not very much money. At least, most owners are pleased with the build quality. It also comes with a chin curtain and breath deflector in the box. It also has Bell’s five year manufacturer’s warranty which is an excellent bonus.

Overall, the Bell Qualifier DLX is a decent package. Plus, it comes with that amazing Transitions photo-reactive visor which, let’s be honest, is the main reason you’re thinking of buying one, right?

So, it drops points for safety but it makes up points for the photochromatic transitions visor and the five year warranty. It’s not the cheapest polycarbonate helmet around by a long shot (see our budget helmets here or our polycarbonate crash helmet reviews here for alternatives) and some of the alternatives score top marks for safety too. But if you’re after something a bit different from a long-established brand, then the Bell Qualifier DLX is certainly worth a look. 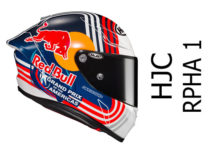 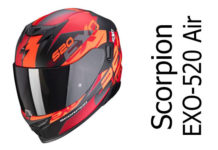