What is ECE 22.05 (concerning the approval of protective crash helmets)?

The ECE stands for Economic Commission for Europe and the 22 refers to Regulation No.22. The 05 part refers to a specific amendment to the regulation (yawn!). Essentially, they’re rules put in place to make sure crash helmets for sale in Europe protect the head adequately in an accident – and include info. on the tests each helmet must pass to prove they do so. The regs also cover the performance of visors, chin straps and protective chin guards.

ECE 22.05 is the most widely respected and used regulation in the world and is endorsed and used by many countries outside Europe too: as of Nov 2015, that includes most states in Australia.

Why do we need Regulation No.22?

The rules are there to make sure if you’re buying a crash helmet to protect you on a motorcycle, then you know the helmet’s giving you at least a minimum level of protection. If there aren’t standards there, manufacturers have a tendency to push out any old tin bowl with a strap on it and claim it’ll save you from headbutting lamp posts, and you won’t have a clue if they’re telling you the truth or not until it’s too late. Regulation 22 tells manufacturers what they have to do in order to produce an effective motorcycle crash helmet and how to prove they’ve complied with the regulations (through testing and labelling). It also gives us buyers/wearers/crashers confidence we’re buying a helmet that offers us at least some protection.

Where can I read about Regulation No. 22?

Funny you should ask. It’s available as a pdf on the UNECE (United Nations Economic Commission for Europe) website. Grab it by clicking this link.

So how do they test the helmets?

They test helmets in a few funky ways under a few even funkier conditions. These include testing for initial impact, rigidity, friction, chin strap strength and  ‘retention’ (making sure the helmet stays in position during impact). But while testing for these, they also subject the lids to various environmental conditions to make sure they carry on protecting wherever we go. That includes subjecting helmets to solvents (!), low and high temperatures, ultraviolet, humidity and moisture. Testing is also supposed to be carried out using the helmet size which is determined to be weakest.

Then they test the visor for scratch and abrasion resistance, refraction, light transmission, opening angle, defects and field of vision. If the manufacturer claims the visor is anti-fog, then they test for that too.

On the helmet itself, they test impact resistance at various points around the helmet including the side, front, rear, crown and chin guard. And they test the reflectiveness of safety stickers too.

And once they’re done testing, they test some more – taking a batch of large and small sized helmets from the first production batch as well as continuously testing throughout the production run.

So you can see, you don’t pass the ECE test easily and unlike the US DOT certification, every helmet has to undergo testing. With DOT, each manufacturer agrees to comply with safety testing but only a selection of lids are chosen to undergo testing to ensure they comply (if they don’t they’re hit with heavy fines).

The regs also stipulate what protection each helmet provides and tests/certifies only that protection – such as no chin protection for open faced helmets. It also shows how each helmet and visor should be labelled. For example if a helmet’s approved under regulation 22 it displays a capital E in a circle followed by a number that represents each country (see the pic above). This is followed by a series of other numbers and letters representing specifics of the type approval, approval number and production serial number.

While Regulation 22 ensures motorcycle crash helmets are fit for purpose (and labelled as such) it’s important to realise that this is only one step towards you being able to buy and use a helmet that will protect you in an accident. Crash helmets are always compromised to some extent (what’s effective in a single high speed impact isn’t the same as what’s effective in an impact that has multiple slower speed impacts and includes lots of abrasion for example). It’s also probably true to say that where there’s a helmet testing procedure to be taken (and passed) then a manufacturer’s focus tends to prioritise the passing of the test over other more practical (and effective) ways to protect the rider’s head. But then, that’s one of the drawbacks of imposing any test and arguably a drawback worth risking.

Also, one of the most important factors in reducing head injury is making sure your helmet fits properly (so see our helmet fitting guide).

What about ECE AND DOT Certified Helmets?

Many helmets on sale across the world and are both ECE certified for sale in Europe as well as DOT for the US. But does that mean an ECE helmet’s legal to wear in the states, and vice versa?

It’s a bit of a grey area because if it went to court and you could prove to a judge that they’re identical helmets, you might well be OK.

But the problem lies with the fact that if you got pulled over by the police, they could look at your helmet and expect to see the correct ECE tags and stickers on your helmet. And if it hasn’t got them, that means you’re not wearing a legal helmet.

So you need to wear a helmet with the correct certification and tags relating to the country you’re riding in. Otherwise you could end up with a fine and a confiscated helmet.

When you buy a modular helmet, you probably hope that it’s going to work as a full face helmet when the chin guard’s down. But not all are designed like that – or approved to work as a full face. When they are, they’ll be labelled as both J (open face) and P (protective chin guard) inside the helmet and usually on the label sewn into the chin strap. That’s sometimes called dual homologation. Click the link to see all our helmet previews and reviews of dual homologated helmets or read here for more information.

If it has a chin guard that’s not designed and approved to offer protection, it’ll have the label NP inside.

Finally, SHARP testing supplements the ECE 22.05 testing procedure as they find there’s a wide range in how well crash helmets perform even amongst those which pass Regulation 22, and which is why we focus on helmets that are ECE 22.05 approved and score the highest ratings in the SHARP tests.

For more information on pretty well everything to do with crash helmets, see our motorbike crash helmets guides pages. 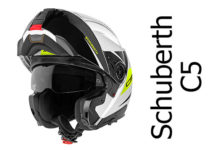 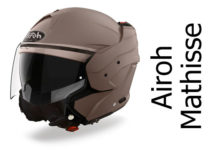 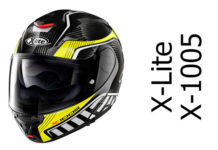